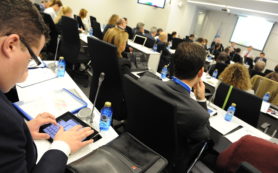 Why You Should Consider Higher Education

According to Huffington Post, from the years 2000 to 2010, there has been an increase in the amount of 42 percent of students, age 25 years old and older returning back to school to earn their college degrees and or higher education. There are many different reasons that people make a decision to go back to college to earn their degree. Most of the common reasons for people going back to school to earn their degree involves earning more money. Many people who have decided to skip college in there earlier years and go straight into work have found that they are not making enough money to survive in the economy. In fact, more people who has skip college have found themselves struggling to pay for the most basic necessities in life for survival. The cost-of-living only continues to grow and more people are finding themselves struggling to keep up with it. Going back to school to earn your degree maybe one of the best decisions that you have ever made.

According to Fivethirtyeight, in the year 2007, there were over 1.9 million people who were aged 40 to 64 enrolled in college and or at a university to earn their degree. Many people have made the decision to go back to school to earn their college degree and or higher education in order to make more money. What it comes down to is that more people who did not have a degree we’re making less money than those people who actually had a degree. The more education and experience that people had, the more money they made. Many people saw going back to school as the best opportunity that they can ever have in order to better themselves as well as better their career fields. There have also been many people who have realized that the career that they chose was not something that they want to end up doing the rest of their lives. Whatever the reason is, considering going back to school can be beneficial for you and for your family members. Your family members also benefit from seeing you go back to school because they become motivated and seeing a close family member taking their education seriously.

If you have been thinking about going back to school, you may want to consider earning your master’s degree in order for you to achieve much more. There have been multiple studies that show that those who had a higher degree actually earned more money than those who had a basic bachelor’s degree. Going back to school is not all about making money, but it may be about bettering yourself and challenging yourself to be the best. If you are thinking about earning a higher education, then consider taking time to conduct online research by searching for: top MBA colleges in America.

Overall, it is very important that you consider going back to school to better yourself. You are also able to be a better influence on those around you. Education can only benefit you and make you better than you already are.